The site has some nice new translations up!

Over in the Lore section of the site, there are a bunch of Print resources. There are some nice scans of interesting art (look over on the right for instance) and translations of the information in the pages. A ton of these scans have to do with the time before Secret of Mana released. It’s full of speculation and revealing brand new (at the time anyway) information about the game, it’s a great resource to see how the game came to be!

Here is what is new!

Dengeki – from this magazine you can check out a new translation in the April 1993 issue where they discuss how both Final Fantasy Adventure and Secret of Mana have the Rusty Sword in it.
Famitsu – check out the May 1993 (that’s a few months before it released!) playthrough here. It’s one of the first times the game was played by people not on the dev team!
Hippon Super! – here you can read about how the FFA and SoM charge systems work in the March 1993 section!
Marukatsu – more FFA comparisons abound here! They’re all over in the February 93 section.
Shonen Jump / V Jump – finally, just a few new images of Randi from July 93, but check out all the other neat art while you’re there!

Make sure to click around on the site, there is tons of information covering details about Characters you may not know, how different Locations changed throughout development, reviews of music tracks, and more! 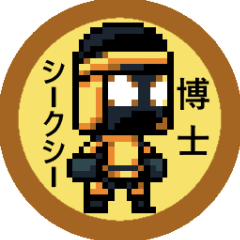 View all posts by Dr. Sheexy
Skip back to main navigation