Welcome back, you lovely Mana dorks! It’s been awhile since the last update post, and even longer since I didn’t troll Dr. Sheexy into writing one for me. But now, the time has come to inventory our progress over the last several months. Let’s get right into it…

We found the tape :O

The rumors are true—we did it. We managed to nab the most elusive SoM collectible of all time. Actually, we had it in our possession for many years, but it took almost that long to find where it was hiding. In all likelihood, you know of this by now but in case you didn’t, this section’s header has three links to take you to the right places.

When the site launched in February of ’21, the Lore section was most in need of content, and I’ve spent the last year seeking to improve that. So speaking of SoM collectibles, there are four new pages detailing official merchandise, including things that aren’t Secret of Mana itself. Posters, guides, rabites, rabite hats, and you’ll even find out what an Australian SoM cartridge looked like. No really, you don’t have to thank me.

The hugest update to the site yet are the Monster and Boss Monster pages, which can be found under Characters. Here’s yet another place where SoM’s documentation is a bit ghastly. It seems that around the turn of the century, much work was done to catalog the game’s monsters and their stats and abilities. Unfortunately, all attempts were incomplete and inaccurate. Without looking at the game’s code (which I admittedly haven’t done either), many attacks can be missed due to the famously idiosyncratic AI, and it would take multiple passes through the game to get all the bits.

After this initial effort, many FAQs and websites would further this work…by using the same sources over and over again. Even Fandom’s Wiki of Mana still has many of the same mistakes that late 1990s era websites have.

This was actually something I didn’t know until we started. Many folks graciously gave their time and expertise to try to complete things like abilities lists. I believe that our pages are the most accurate you’re going to find out there but there’s likely still some mistakes, so please let us know if you find any.

Not only do we have good lists of spells and special abilities, but we also translated Square’s descriptions of the monsters from the Fundamental Knowledge Compilation. This came out in 1993 and unless you were a diehard collector, you didn’t know this book existed let alone translated it.

We also included essential stats for each monster and I wrote my own thoughts, violating a bit of my own FAQ regarding walkthroughs, but I think I’m allowed to do that once in awhile…

Many SoM developers are active on Twitter and while I refuse to make an account there, there was a great article on the Japanese site i-mezzo that we graciously received permission to translate. It’s split into two sections under Lore and Music.

I believe there were some late updates to the Print section that I forgot about, so now’s a good time as any to take a look at those pages again.

I made a page under Music to talk about the official album releases, but won’t get around to that for awhile. For now, enjoy the pretty pictures.

We’ve maxed out for now on prerelease screenshots. For months, we kept finding more stuff when we thought we had hit a wall, but it seems that we’ve encountered practically everything out there. Then again, I wrote four years ago that the Redux project was likely coming to an end as everything had been covered… 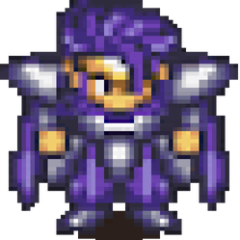